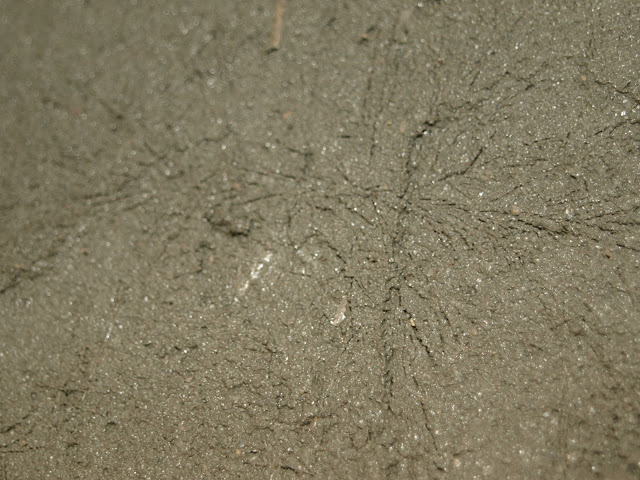 The weather forecast for this weekend was a break from the extremely cold weather so we planned a big rendering weekend, and called all hands on deck to help!  However, on Saturday morning we did a thorough inspection of the render and discovered some frost damage had occurred, particularly on the north-east elevation which has fronted a lot of the cold weather we have had recently.  The frost appears to have frozen the water in the wet render and expanded it, and then once thawed the clay has stayed expanded leaving it aerated like an aero bar.  The render has also not really dried in places and in others has lost its key.  The good thing we discovered about the clay was that this process was reversable and it could be returned to its original state.

We carried out some remedial work and decided we had nothing to loose by trying to get as much of the remaining high level rendering done (on the north and south elevations) before the scaffolding is struck in about a weeks time.
Posted by Rachel and Andrew