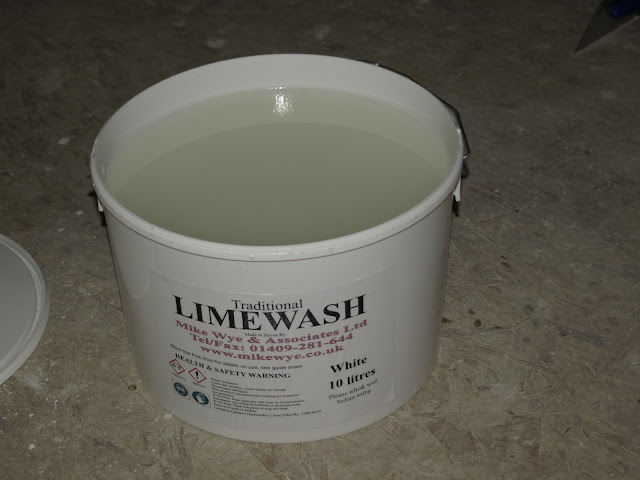 Next up is limewash.  This is a pre-mixed version bought from Mike Wye. 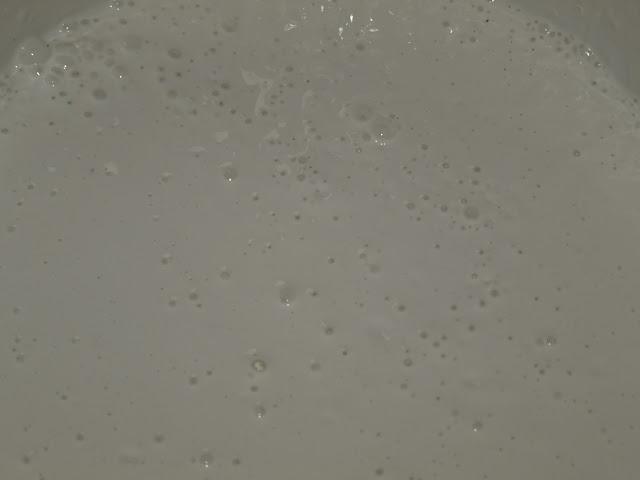 This is what it looks like when mixed up.  Like  the casein paint when applied it becomes translucent and looks awful until it dries and becomes opaque.  It is built up in a number of coats, we are doing about 4.  Because it is translucent when applied it makes it very difficult to see where you have been.  It can be used on plaster and on wood.  On the lime plaster it becomes part of the lime plaster, and any cracks completely disappear.  We wet the plaster down before the first coat if it is dry but the limewash can be applied as soon as the plaster can take a brush.  We have not been wetting it down between coats as the water tends to just run off when we have tried.

We are going to mix the next limewash up on site.  There are various ways this can be done, with either lime putty, hydrated lime or hydraulic lime.  We are going to try hydrated lime mixed 1:2 with water.  In the top coat we are adding some raw linseed oil to stop the surface from being dusty.  We are bought 100% linseed oil, as some makes have other additives in them.  We'll let you know how we get on!
Posted by Rachel and Andrew