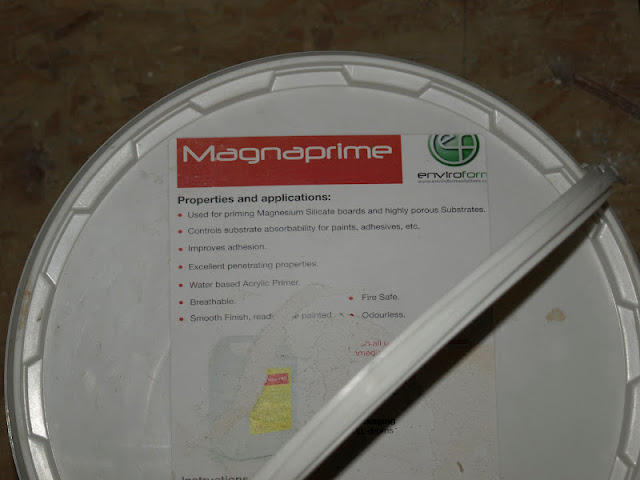 We are using another type of primer on some of the boards - Magnaprime.  This is not a gritty primer like the DG27 but it does control the suction of the boards. 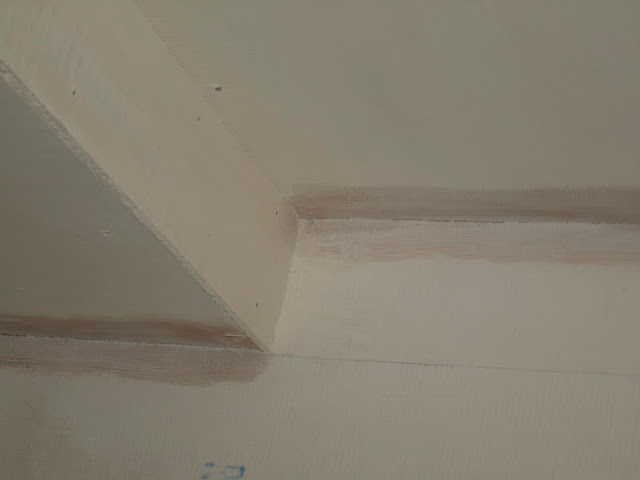 The first place we are using it is in the ensuite.  Here we are using Tadelakt plaster, which a water proof lime plaster that can be used in wetrooms including showers.  This plaster has a different build up to the lime and clay plaster elsewhere and this is the first coat to go on the magnesium silicate boards.  We will say more about the plaster when we get to it - which hopefully will be in the not too distant future. 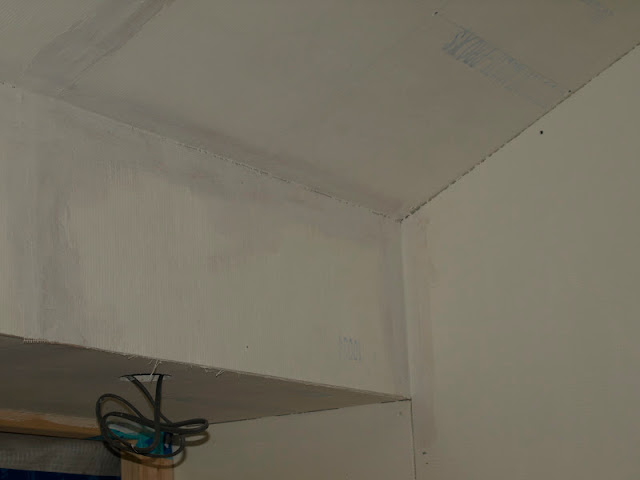 The second place is in the family bathroom, underneath the wall tiling. 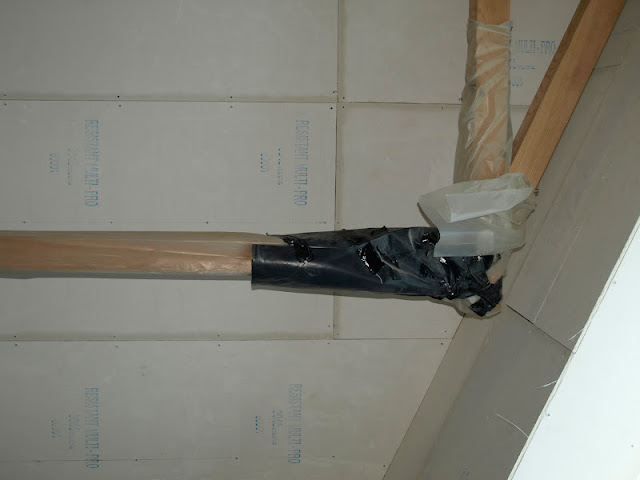 Elsewhere we are still pressing on with the boarding!
Posted by Rachel and Andrew