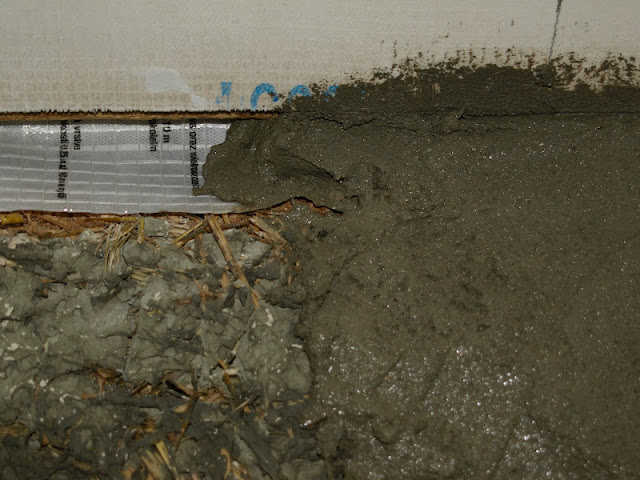 So far we have sealed the air barrier in the FF ceiling to the first coat of clay plaster, by priming the clay and sticking it with a proprietary tape.  However when we came to do the subsequent coat of clay plaster yesterday it was more difficult to get the clay to take to the membrane, particularly when there was a reasonably large lap.  We did manage and think it will be fine, however we wanted to see if there was a better way of doing it.  Here we have cut the lap down to about 50mm, which you can see sticking out from behind the magnesium board on the ceiling.  We didn't prime the membrane with anything this time and just plastered straight over it.  This seemed to work much better and we could squeeze a bit of the clay plaster up behind the ceiling board which also helped.  We will probably carry on with this method now as it is easier to deal with the membrane in the first coat of clay, so don't have to think about it on the levelling coat of plaster. 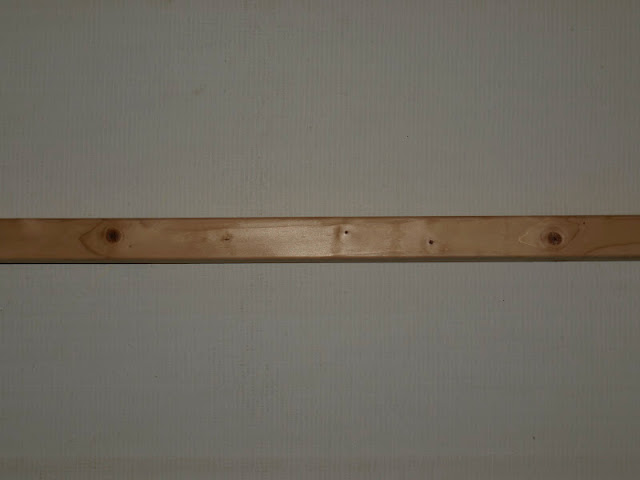 We're still carrying on with the mangnesium board on the ceilings. 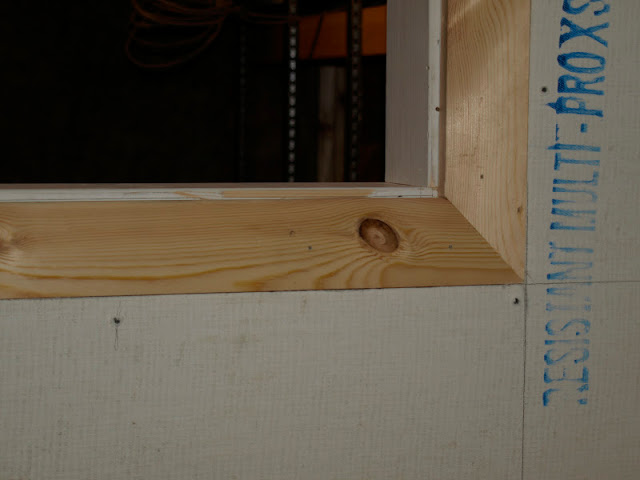 We have also started putting up the door architraves in places as we are going to plaster up to them, rather than apply them over the finished plaster.  The architraves will be painted an offwhite to match the plaster colour.  We will probably put the first coat on before plastering and then a finish coat after the plaster.
Posted by Rachel and Andrew