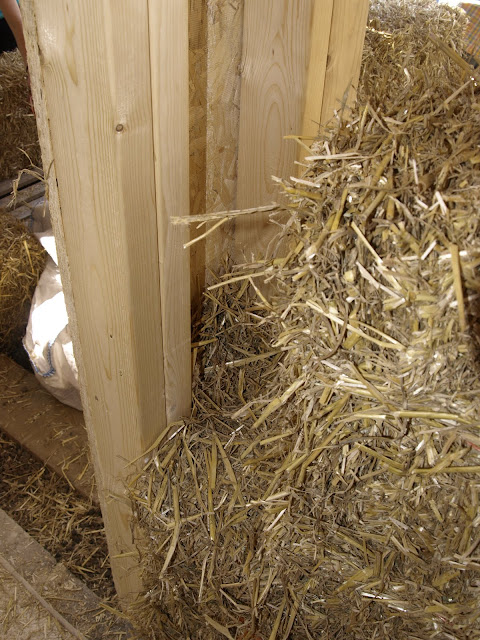 It is more common to lay straw bales flat, rather than on their side as we are doing.  If the bales were flat, when we reached a post by each of the openings we would have cut a notch out of the bale and fitted them round the post.  However, we could not do this as our strings were orientated in the opposite direction and to notch the bale round the post would have resulted in us having to cut the strings.  Instead we butted the bales up to the post, fixed plywood to the posts on the inside of each opening and stuffed the gap between the bale and the plywood with as much loose straw as we could.

Generally loose straw is not as good as baled straw, as it is not possible to get the same amount of compression in the straw and get it as dense.  For a small area like these gaps it is ok, but you would not want to fill large areas with loose straw.
Posted by Rachel and Andrew