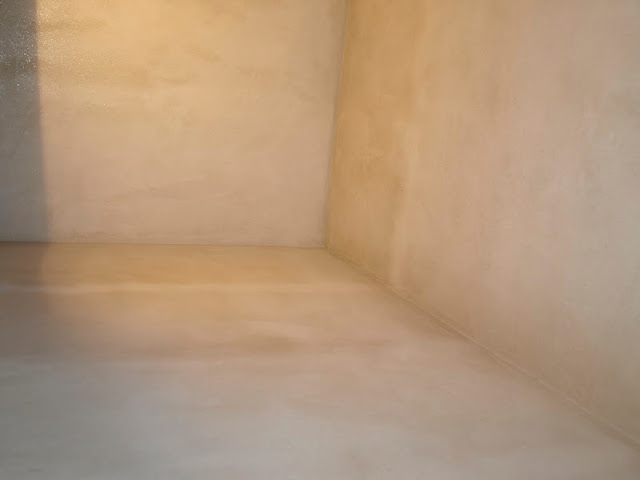 We are doing a plaster test of both clay plaster and lime plaster onto the magnesium board.  This is the clay test in the downstairs WC.  The plaster is made by Clayworks and the colour is 'buff'.  It is still drying out in this photo so it will get a bit lighter.  The stripes show the uneven drying out where the gypsum plaster is underneath. 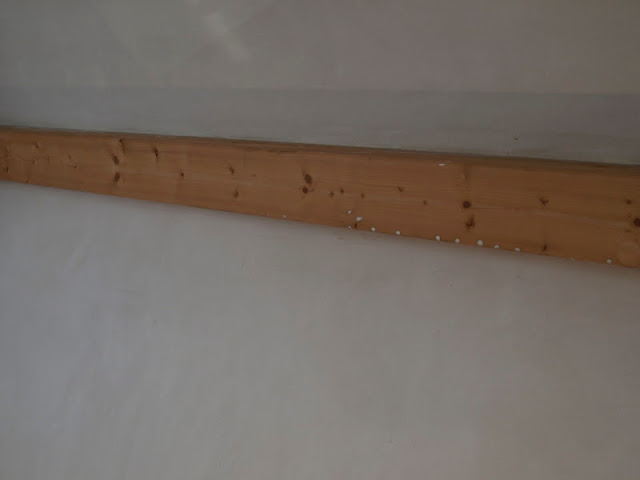 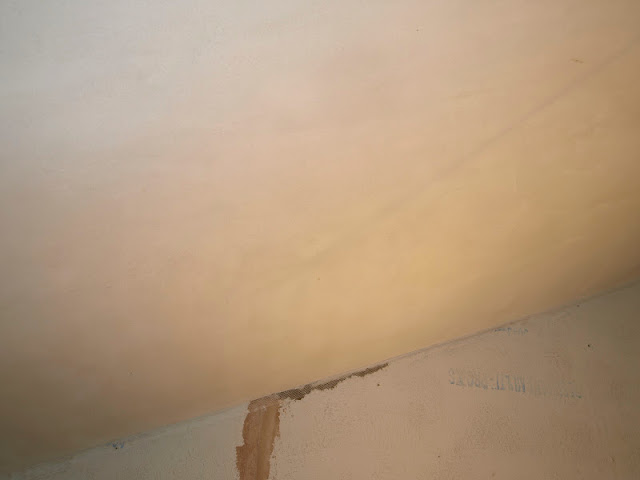 Both tests were quite successful.  None of the joints cracked.  There was a tiny area of cracking on the ceiling which we believe was down to the plaster being slightly too thick in this place.  To overcome this in the future we are going to flatten off any areas of magnesium board which get rucked up where the fixings have gone in and try and get the gypsum plaster over the board joints even flatter.  These two things determine the minimum thickness of the finished plaster. 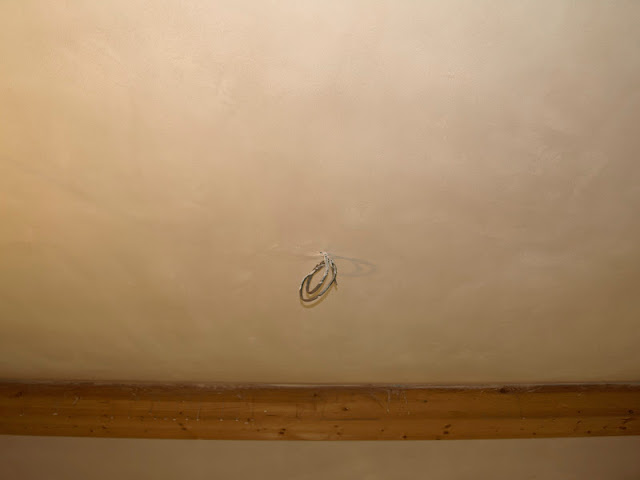 Posted by Rachel and Andrew