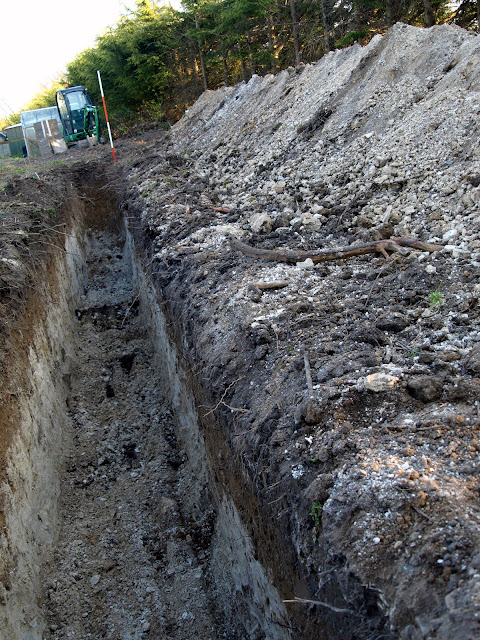 In theory it sounded simple - one 400 metre loop of 40mm pipe, laid a minimum of 1000mm in the ground (we were advised to go for 1200mm) and at a min 1000mm centres, starting and ending at the heat pump.  The drawing also looked simple but hid the logistical nightmare it was going to turn out to be!


We had ruled out backfilling the trenches as we went, because we needed to lay and pressure test the pipe before we covered it.  So, our plan was to neatly stack the spoil from each trench to one side of the corresponding trench and work sequentially along the trenches (we had decided to ignore the problem of how we would gain access to the trenches to blind them with sand and lay the pipe once all the trenches had been dug!).  To make life a bit easier we had increased the centres of the trenches to 1200mm, which was about the maximum we could easily accommodate on the site.
Posted by Rachel and Andrew